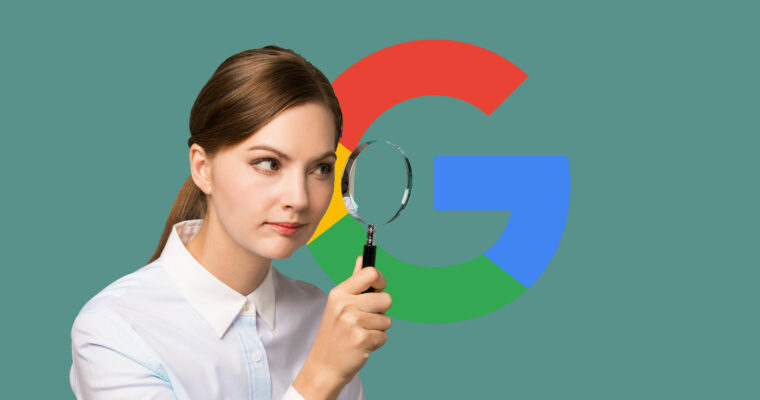 Google recently published a research paper on a new algorithm called SMITH that it claims outperforms BERT for understanding long queries and long documents. In particular, what makes this new model better is that it is able to understand passages within documents in the same way BERT understands words and sentences, which enables the algorithm to understand longer documents.

On November 3, 2020 I read about a Google algorithm called Smith that claims to outperform BERT.

What is the SMITH Algorithm?

SMITH is a new model for trying to understand entire documents. Models such as BERT are trained to understand words within the context of sentences.

In a very simplified description, the SMITH model is trained to understand passages within the context of the entire document.

While algorithms like BERT are trained on data sets to predict randomly hidden words are from the context within sentences, the SMITH algorithm is trained to predict what the next block of sentences is.

This kind of training helps the algorithm understand larger documents better than the BERT algorithm, according to the researchers.

This is how they present the shortcomings of BERT:

“In recent years, self-attention-based models like Transformers… and BERT …have achieved state-of-the-art performance in the task of text matching. These models, however, are still limited to short text like a few sentences or one paragraph due to the quadratic computational complexity of self-attention with respect to input text length.

In this paper, we address the issue by proposing the Siamese Multi-depth Transformer-based Hierarchical (SMITH) Encoder for long-form document matching. Our model contains several innovations to adapt self-attention models for longer text input.”

The researchers propose their new algorithm which they say outperforms BERT with longer documents.

They then explain why long documents are difficult:

“…semantic matching between long texts is a more challenging task due to a few reasons:

1) When both texts are long, matching them requires a more thorough understanding of semantic relations including matching patterns between text fragments with long distances;

3) The processing of long texts is more likely to trigger practical issues like out of TPU/GPU memories without careful model design.”

BERT is limited to how long documents can be. SMITH, as you will see further down, performs better the longer the document is. This is a known shortcoming with BERT.

This is how they explain it:

“Experimental results on several benchmark data for long-form text matching… show that our proposed SMITH model outperforms the previous state-of-the-art models and increases the maximum input text length from 512 to 2048 when comparing with BERT-based baselines.”

This fact of SMITH being able to do something that BERT is unable to do is what makes the SMITH model intriguing.

The SMITH model supplements BERT by doing the heavy lifting that BERT is unable to do.

The researchers tested it and said:

Compared to BERT-based baselines, our model is able to increase maximum input text length from 512 to 2048.”

According to the researchers:

“To the best of our knowledge, semantic matching between long document pairs, which has many important applications like news recommendation, related article recommendation, and document clustering, is less explored and needs more research effort.”

Later in the document, they state that there have been some studies that come close to what they are researching.

But overall there appears to be a gap in researching ways to match long queries to long documents. That is the problem the researchers are solving with the SMITH algorithm.

I won’t go deep into the details of the algorithm but I will pick out some general features that communicate a high-level view of what it is.

The document explains that they use a pre-training model that is similar to BERT and many other algorithms.

Pre-training is where an algorithm is trained on a data set. For typical pre-training of these kinds of algorithms, the engineers will mask (hide) random words within sentences. The algorithm tries to predict the masked words.

As an example, if a sentence is written as, “Old McDonald had a ____,” the algorithm when fully trained might predict, “farm” is the missing word.

As the algorithm learns, it eventually becomes optimized to make less mistakes on the training data.

The pre-training is done for the purpose of training the machine to be accurate and make less mistakes.

Here’s what the paper says:

Blocks of Sentences are Hidden in Pre-training

Here is where the researchers explain a key part of the algorithm, how relations between sentence blocks in a document are used for understanding what a document is about during the pre-training process.

Therefore, we mask both randomly selected words and sentence blocks during model pre-training.”

The researchers next describe in more detail how this algorithm goes above and beyond the BERT algorithm.

What they’re doing is stepping up the training to go beyond word training to take on blocks of sentences.

Here’s how it is described in the research document:

The SMITH algorithm is trained to predict blocks of sentences. My personal feeling about that is… that’s pretty cool.

This algorithm is learning the relationships between words and then leveling up to learn the context of blocks of sentences and how they relate to each other in a long document.

The researchers noted that SMITH does better with longer text documents.

“The SMITH model which enjoys longer input text lengths compared with other standard self-attention models is a better choice for long document representation learning and matching.”

In the end, the researchers concluded that the SMITH algorithm does better than BERT for long documents.

Why SMITH Research Paper is Important

One of the reasons I prefer reading research papers over patents is that the research papers share details of whether the proposed model does better than existing and state-of-the-art models.

Many research papers conclude by saying that more work needs to be done. To me, that means that the algorithm experiment is promising but likely not ready to be put into a live environment.

A smaller percentage of research papers say that the results outperform the state of the art. These are the research papers that in my opinion are worth paying attention to because they are likelier to make it into Google’s algorithm.

According to the conclusions reached in the research paper, the SMITH model outperforms many models, including BERT, for understanding long content.

Moreover, our proposed model increases the maximum input text length from 512 to 2048 when compared with BERT-based baseline methods.”

The research paper authors confidently state that SMITH beats the state of the art for understanding long-form content.

Description of the SMITH Algorithm